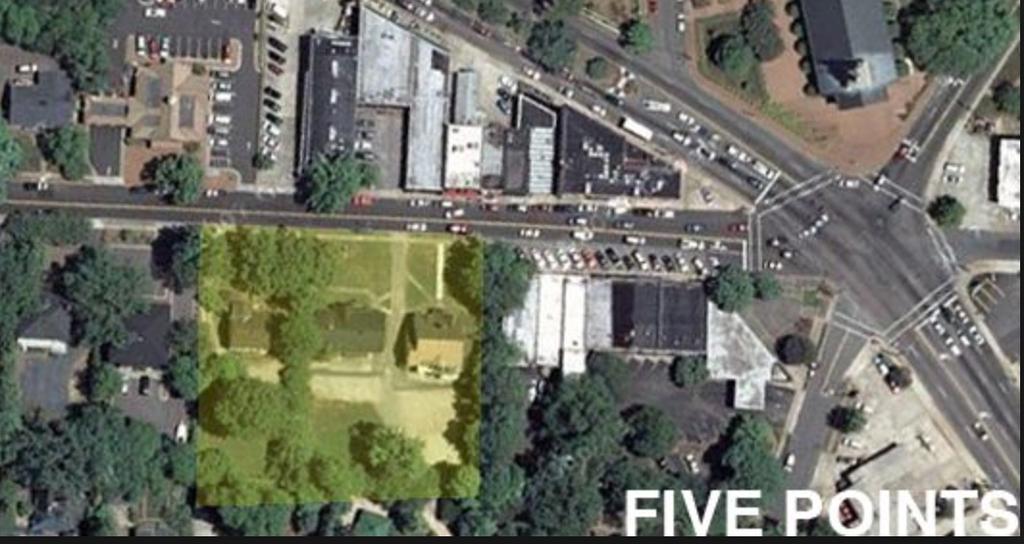 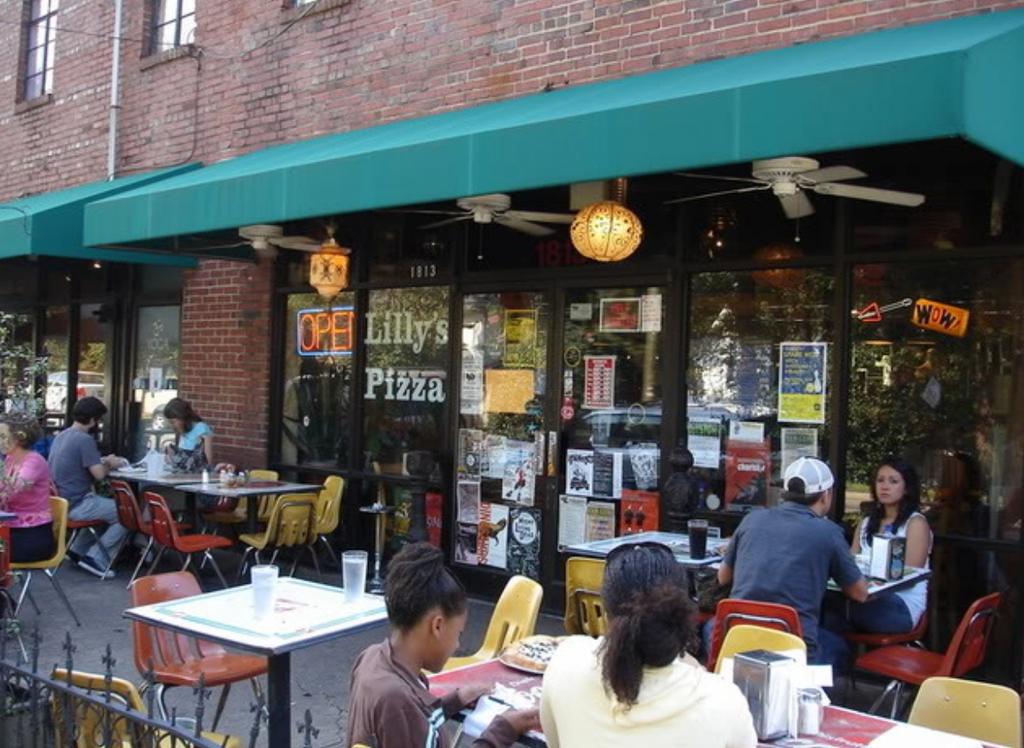 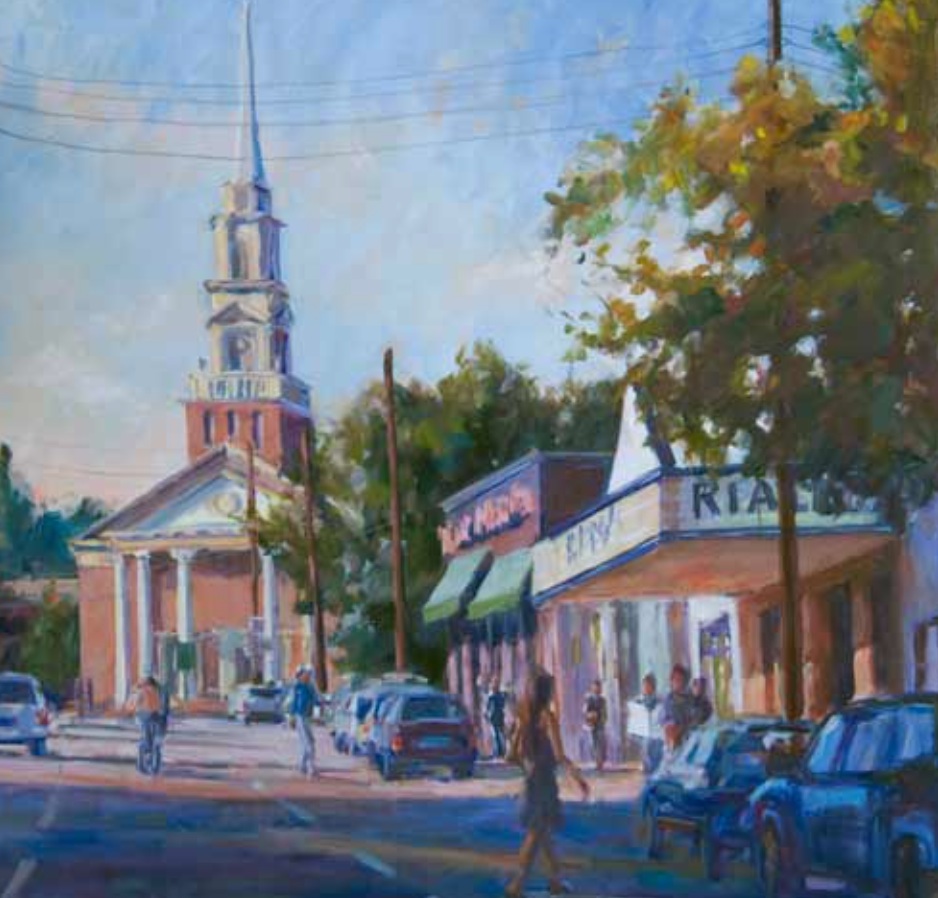 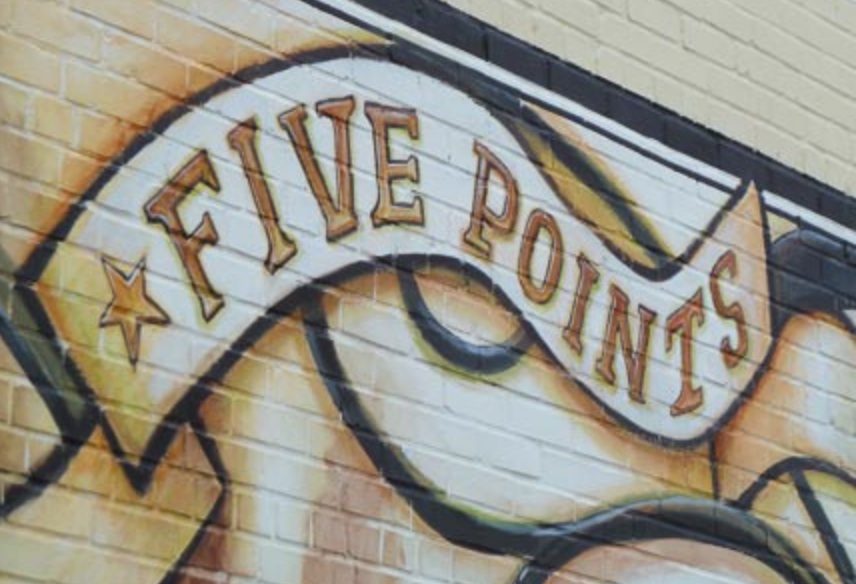 Five Points is a cluster of neighborhoods around the Five Points intersection of Glenwood Avenue and Fairview and Whitaker Mill Roads.

Each neighborhood has a distinct character, created by a combination of its particular location, deed restrictions, and period of development. Hayes Barton, one of the last of the group to be platted, actually developed first. The neighborhood was primary in several ways: the location was best, adjacent to the streetcar line but away from the railroad line to the east; deed restrictions resulted in large, prestigious houses; and landscape designer Earle Sumner Draper laid out the street plan. Bloomsbury and Roanoke Park developed in the 1920s, with construction in the latter continuing into the 1930s. Vanguard Park developed in the recovery years after the Great Depression, after 1935, while most construction in Georgetown occurred after World War II.

As Raleigh's first group of suburban developments filled, a second wave began on the prime real estate bordering the Glenwood Avenue streetcar line downtown out to Bloomsbury Park. Carolina Power and Light built the amusement park in 1918 to attract riders to the streetcar line and to tout the wonders of electricity. Spread out beneath eight thousand glowing light bulbs were a penny arcade, roller coaster, carousel, and other amusements. In the meantime, the land on either side of the streetcar line got plenty of exposure for the pleasure seekers riding it.

Parts of Bloomsbury and Georgetown were platted first, although development in those areas was largely delayed until the 1920s or later. Similarly, Vanguard Park was laid out in 1915 but twenty years passed before the bulk of construction filled the development with houses. Construction in Hayes Barton and Roanoke Park, however, platted in 1920 and 1922 respectively, took off immediately. Construction in Bloomsbury was brisk in the 1920s as well. Houses ranged from grand Colonial Revival, Georgian Revival, Tudor Revival, and other nationally popular eclectic designs in Hayes Barton to commodious Craftsman or Classical Revival Foursquares and modest bungalows with Craftsman detailing in Bloomsbury and Roanoke Park. In the post-Depression Recovery era of the later 1930s and the post-war period of the late 1940s, houses were more modest still, with simplified architectural embellishment and compact, efficient floor plans. Such houses are more common in Georgetown and Vanguard Park.

All five neighborhoods were nearly built out as the twentieth century reached its midpoint. A few 1950s examples of the Ranch house exist as slightly later infill, and the individually significant Rothstein House, designed by Raleigh architect G. Milton Small, went up on a large lot in the southern portion of Hayes Barton in 1959.

To learn more about ITB or Five Points specifically, contact us, today.